Andrew is the Founder and Co-CEO of Beatdapp, a venture backed streaming content auditor and fraud detection company. Beatdapp is transforming the process of royalty auditing and streaming fraud detection for the music industry that is expected to reach 1.2 billion paid consumers and generate $75 billion in revenue by 2030.

Batey has been early to major industry transformations in social media, P2P, IoT, and blockchain. He has spent considerable time helping launch multiple top 10 artists, lifestyle brands, and growth hacking web properties. Over the last 15 years, he's raised $50M+ for his own startups and filed 40+ patents across 7 countries. Other than being a founder and investor, he’s served as an executive for various technology companies across media, healthcare, and D2C. Most recently, he was the Head of Growth for a patient communication SaaS in the medical industry processing 60M+ messages monthly. He was the CMO for a peer-to-peer action sports sharing economy with inventory and users from 100+ countries.

Aside from Beatdapp, Andrew has taught 4th year Advertising and Marketing courses at universities for 8 years, and is currently a part-time professor at Trinity Western University.

Morgan Hayduk is the Co-CEO and Co-Founder of Beatdapp, an entertainment technology company on a mission to become the trusted partner of music labels and streaming services, as the leading digital supply chain infrastructure provider for the streaming economy worldwide.

Prior to founding Beatdapp, Hayduk led enterprise growth and partnerships for ZipRecruiter (NYSE:ZIP), was the Director of Federal Government Relations for TELUS Communications, and served as a consultant for Canada’s leading boutique government relations firm, Crestview Strategy. As a consultant, Hayduk specialized in entertainment & technology, representing Music Canada (the domestic trade association for Universal Music Group, Warner Music Group, and Sony Music) and Hasbro's entertainment studio eOne, along with Facebook, Uber and TELUS. Hayduk was part of the team that led to the passage of Canada’s signature music copyright protection legislation, which extended copyright from 50 to 70 years.

Hayduk earned his MBA and B.A. from Trinity Western University in Vancouver, British Columbia and resides in Toronto, Ontario with his wife and two children. How Can Music Streaming be Shaken Up by Blockchain? AIBC Summit

The music industry is facing a $4.5 billion dollar problem, can blockchain solve this problem? Andrew Batey, Co-CEO of Beatdapp discusses. The Future of What

Episode #192: An Overview on Streaming Fraud 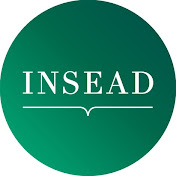 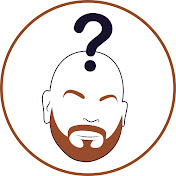 The rising journey to building a startup with ML, AI, and cluster analysis engines

Lessons from a 40+ patent inventor for high throughput blockchain infrastructure

Unavoidable, new costs of compliance that tech startups should pay attention to

What methodology, technology, and moral principles sustain a growing startup in today's economy?

How can VCs and family offices avoid investor's remorse?

How to leverage business relations and partnerships when growing a startup

Leadership, investments, and the role trust plays in the business journey of an entrepreneur